5 Ways the Future of Work Is Changing

5 Ways the Future of Work Is Changing 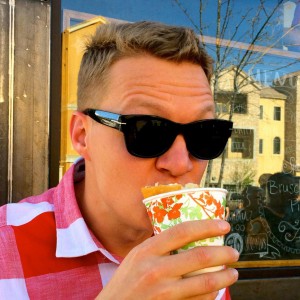 Last summer, Adobe researchers surveyed over 2,000 office employees and nine thought leaders on the evolving definition of work. Through this exercise, researches uncovered several interesting insights about the future of work, including the most effective “carrots” used to motivate employees.

“Employers may be focusing too much on ping pong tables and free dry cleaning instead of technology that helps their employees feel valued and encouraged,” says Jeff Vijungco, vice president of global talent at Adobe. To help them find fulfillment, “employers need to pay attention to productivity more than perks,” he adds.

Workspaces that encourage subconscious thought, smart coffee machines and conference rooms that remember what you like, virtual assistants that delight, flexible attendance policies, and performance-based rewards were at the top of the list, according to the study. Moving forward, here are five things workers increasingly expect:

Sociologist Ray Oldenburg argues that there are three types of work spaces. “Work” and “home,” where much of our professional and personal work gets done. But also “third spaces,” which Oldenburg explains as commons areas such as parks and watering holes where our subconscious can produce some of our most inspired ideas and professional contributions.

Organizations are redesigning internal workspaces in favor of communal design, more gathering places, and even co-working offices to maximize the output and creativity of employees.

“Companies are now actually building spaces that mimic the comforts and neutrality of the third space,” says Jason Kinney, CMO of LiquidSpace. Over the next 5-10 years, Kinney predicts that more companies will embrace all that the third place entails, namely flexible workspace polices, office childcare, greater choice in BYOD policies, and coworking memberships. “In the future, I think our workplace will consist of a variety of places,” he says. “The mindset has changed.”

As people and companies have begun to spread their time between work, home, and third spaces, the boundaries between work and social have been blurred, making it difficult for workers to balance their lives. “We have airplane mode for our phones,” says Jon Perera, VP of Product Development for Adobe Document Cloud. “Maybe it’s time we have airplane mode for our work.”

Winning employers will ultimately respect, if not limit, the amount of time they “invade” workers’ personal and downtime, knowing that they’ll get better output from less stressed employees. But they’ll also support any employees who thrive on blending everything together, the study found.

Although fancy perks can certainly work to attract new recruits, most respondents surveyed by Adobe said that “in the trenches” technology had a greater impact towards retaining and fulfiling them than free meals. Simple things like push button desktop sharing and signature approvals are commonly overlooked, but a welcome perk to delight workers.

“In the future, office space is going to be easily manipulated by the present worker,” says Natalie Engels, design director at Gensler, a corporate building designer. For example, your desk or conference room might open the blinds upon entering depending on your preferred settings.

As the world becomes more global, Engles also stresses the importance of embracing and investing in nearby artists, design motifs, and culture to create a sense of local pride and identity. When motivating employees, “this makes a big difference,” she says.

Workers value both the space and the tools of the trade. But is that enough? Alan Lepofsky, Principal Analyst at Constellation Research, argues that employees want better visibility as the demands on their time, attention, and workload increases.

Lepofsky hopes for a software dashboard that ties together and automates the things we do separately. Emails, calendar invites, calls, documents, and chats – it takes a lot to schedule a single meeting. Bringing these disparate systems into an integrated dashboard can change that. “I think that is something that fundamentally has to change,” he says. “We have to create a universal taxonomy for all of the different tools we use.”

We know the value of working harder, but it’s time we start working smarter. A staggering percentage of those surveyed expect more than half of all menial work be automated by machines within 20 years. In other words, “I’ll have my bot contact your bot—let’s do lunch.”

But workers won’t have to wait long for that reality. Virtual assistant technology has already arrived. “We’re starting to see things like Gmail proposing contextual responses and CRMs reminding us to contact someone we haven’t spoken to in a while,” Lepofsky says. “This kind of machine learning assisted collaboration will do wonders to free our time and improve the work that we do.”

Watch the Future of Work Think Tanks that took place in San Francisco and San Jose.

Topics in this article
Future of Work