A New Way to Harness Your Creativity: After Effects Motion Graphics Templates

A New Way to Harness Your Creativity: After Effects Motion Graphics Templates 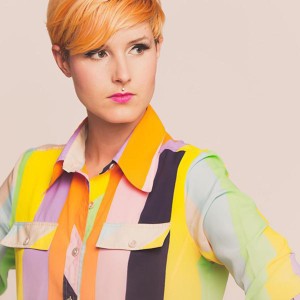 All the moviemaking magic you see on the big screen, on television, and in online videos doesn’t happen overnight. The motion graphics that enhance these mediums — whether it’s a lower-third or text overlay, 3D imagery or a cartoonish facial expression on an actor — require skilled designers to create them.

The work of motion designers is essential to the creative process for video editors. Adobe After Effects is the industry standard tool that enables motion designers to add graphics and visual effects in post-production, so that video editors don’t have to worry about how to use things like text animators or know how to manage pre-compositions to create quality motion graphics.

But now this collaborative process is even easier thanks to Motion Graphics templates. With these new, flexible and customizable templates, designers can develop powerful, editable motion graphics that allow video editors to make changes to everything from the text and color to the layout and position of animated graphics, titles, and more– directly within Premiere Pro.

Motion Graphics templates are making it possible for editors to take advantage of the powerful, creative capabilities After Effects offers and presenting the essential elements directly inside Premiere Pro to customize the design directly, allowing editors to harness their own creativity to produce something truly unique and engaging on the screen.

A Motion Graphics template is a valuable addition to the post-production workflow that gives the motion designer a way to provide more flexibility and control to the editor to easily iterate and change motion designs, such as ensuring a brand’s identity is intact or the approved corporate colors are retained. A motion designer can set up certain controls like color and text that have built in constraints, which allow other designers to streamline time-consuming iterative tasks. With just the click of a button, you can change entire color schemes or logo styles for quick asset creation.

EJ Hassenfratz, who designed the new After Effects Motion Graphics templates, says one of the best features is the integration between After Effects and Premiere Pro, and that it prevents editors from having to alternate between the two applications during the post process. Each template can be dragged from the Essential Graphics panel’s “Browse” tab into a sequence in Premiere Pro. Premiere Pro also ships with dozens of Motion Graphics templates that users can select as the foundation for creating their own motion graphics.

“These templates allow for the tightest integration between two Adobe applications,” Hassenfratz, a motion designer based in Denver who has worked across After Effects and Cinema 4D, says. “Building designs and creating controls in After Effects and being able to change those same controls in Premiere, or even 3D text, is going to help so many people in the industry and speed up workflows.”

“This level of control and cooperation between the two applications is very unique,” he adds. “I think this will help grow and invite more collaboration between motion designers and editors. For the ‘one man band’ type who wears both the design and editor hats, this makes their jobs so much easier and the workflows very streamlined.”

Périer worked with Hassenfratz to decide what editors would need to change to make the most out of the designs, and enhanced their flexibility by writing the expressions that power them. Périer already is taking advantage of the fruits of his labor in an interesting way. He has used Motion Graphics template technology to solve problems — like cutting trailers in different languages — that he’s encountered as an animator trying to complete and distribute a feature film. This task usually would require a lot of repetitive work, but Périer can now accomplish this by toggling a single switch.

“One thing that really distracts me is when I’m watching a film and I don’t get the joke because it’s not in my own language,” he says. “From the start I was looking for a way to make sure that all the background jokes that are in my movie were translated and adapted in every language when it got released.”

Périer also says the templates will have an impact on larger businesses, as well as individual creators.

“For some production companies, the ability to have a single motion designer designing for one kind of graphical overlay and having the possibility to adapt that for your other productions, is going to be a really strong proposition,” he says.

“You won’t even have to download a very complicated, difficult software to modify these templates. You will just need your everyday editing software,” Périer says.

The new After Effects Motion Graphics templates allow editors, designers and post-production professionals to merge storytelling with design — even if they don’t have the technical proficiency to create powerful motion graphics from scratch. Because the templates are flexible, anyone can customize them to visually reshape the story people see on screen, whether it’s customizing an opening intro to a movie, animating a title or making a joke comprehensible — and equally funny — in both English and French.