Adobe Fresco Is at MAX Again… on Windows

Adobe Fresco Is at MAX Again… on Windows 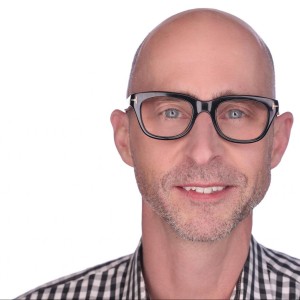 The shift hasn’t been widespread. But it has been steady. Even before the introduction of its most recent Surface PCs, a growing number of people in creative professions were making the move to Microsoft for its combination touch-, stylus-, and mouse-supported hardware.

Why? Because it’s wholly suited to creative work where it can be both started and finished on the same device.

But for all the power and beauty of Microsoft’s hardware, the drawing applications built for it have been lacking — until now.

But it wasn’t until 2016 that we were inspired to do something about it.

That’s when Microsoft introduced the Surface Studio. It had an impressive 28-inch screen, a powerhouse processor, and built-in stylus support. It was a perfect drawing machine.

From the ground up

It’s why, when we first began thinking about Adobe Fresco, we knew we’d be building a version for Windows. Not eventually, but right out of the gate. And so, while we were developing Fresco for iOS we were also considering how it would perform on Windows.

And now, it’s ready. Released for iPad in late September, Fresco is now on Windows.

Just as on iPad, Fresco for Windows has vector and raster tools for painting and drawing and sketching and note-taking and any other form of expression that requires drawing tools and a creative spark.

It wasn’t an easy build but we worked closely with Microsoft and Intel to get the brushes right, and to squeeze from the hardware and software as much performance as possible. And, if we do say so ourselves, together we’ve done a great job. We’ve optimized Photoshop’s brushes in a way that we think will make digital artists very happy.

Fresco’s drawing tools are only part of the story

Fresco saves documents in Adobe’s new Cloud Documents format. What that means for anyone drawing on a mobile device is that documents are native to the cloud and can be opened and edited in multiple applications on any online device.

And Windows users will have access to a workflow they’ve been hoping for since they began asking for access to the mobile apps on Surface devices… a process that includes mobile drawing and Photoshop and Illustrator on one device.

We’re launching with support for ten devices (just know that we’ll add more as we work with Windows hardware partners):

Anyone who is also using Adobe Fresco on iPad will probably notice that some features are missing from the Windows version. That won’t be true for long. Because Fresco’s features matter, and we want them to be available no matter the platform, we’re working to get those remaining features in the app — quickly.

And for anyone also using Fresco on an iPad, the back and forth with Windows will be seamless.

For a hint at what’s coming, we’ve got video of JinJin Sun, one of Adobe’s Senior Experience Designers, demoing Fresco on the Surface Pro X at Microsoft’s annual Surface event last month. (To skip ahead to JinJin, and Scott Belsky before her, start at the 51:25 mark.)

It takes a village

We began building Adobe Fresco with a small group of professional artists. Since we know that every profession uses drawing apps in a unique way, we’re going to continue building Fresco with a creative community that now includes those on Windows.

If you’re at MAX stop by our booth to draw and paint with us. If you won’t be at MAX talk to us on Twitter and Instagram.