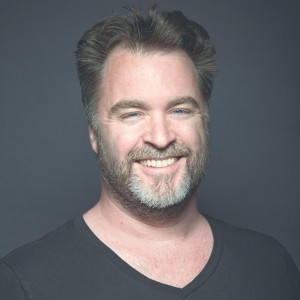 Whether it’s about saving time, visualizing time, or spending your time doing things you love instead of arduous, repetitive tasks, our latest release is obsessed with TIME.Let me tell you what is waiting for you when you update Audition CC.

You’ve cut your dialogue clips, though you’re certain to adjust them later. You’ve aligned sound effects and environmental ambiances with the actions and scenes in your production. And you’ve brought in your music clips and dropped them into your timeline. But when you hit PLAY, the dialogue and sounds get lost behind that awesome soundtrack. Previously, editors would painstakingly add keyframes to the music clip or track volume envelopes. One-by-one. Dragging this one down, that one up. Eyeballing it at first, maybe, but then going over each one again and again to make sure the music volume dips just enough behind the other clips to allow the dialogue to be clear and audible.

Or maybe you’ve leveled-up your skills and are recording yourself riding the volume fader on your control surface up and down, up and down, the entire length of your production. Finally, the mix sounds great… just in time to repeat it all because some editorial changes require shuffling clips around a little bit.

Audition’s new Ducking tool in the Essential Sound panel makes all of this a thing of the past. Powered by Adobe Sensei technology, our artificial intelligence and machine-learning initiative, Auto-Ducking does in less than a second what used to take minutes or hours. Simply enable Ducking for your music clips, select which content types you wish to duck against (dialogue, sound effects, ambiance, other music clips, or even untagged clips) and move on.The Essential Sound panel will analyze the other clips for their loudness characteristics and dynamically create all the necessary volume keyframes for you. And it keeps working behind the scenes, so you can shuffle those dialogue clips around to your heart’s content. Audition will update those keyframes quietly and automatically. A few parameters let you customize how quickly and strongly the ducking adjustments respond. And if you’re the kind of editor who insists on that “human touch,” you can allow Ducking to get you 90 percent of the way there, then manually adjust a few fades here and there for precise adjustments.

We spend most of our time in multitrack dealing with clips: moving clips, trimming clips, splitting clips, stacking clips, adjusting clip fade-ins and fade-outs. Our team has spent our time this release building new features to save you time when managing all those clips that make up a great production.

The first enhancement I want to mention is that clips now retain their position when stacked on top of each other. Whether you are piecing together a line of dialogue from several different takes, or punching in new words or phrases over an otherwise solid recording to fix minor problems or misspoken words, you want things to remain where you put them. In the past, clicking on a clip at the bottom of a stack would bring it on top, obscuring all those bits and pieces you laid on top. Now Audition will maintain the z-order, the layered position of each clip, so that you don’t hide those edits.Careful mixing, especially of highly edited content, usually requires making sure clips fade in and out just right so that the edits sound natural. Several new features simplify how to work quickly and in detail with clip fades. The first, Symmetrical or Mirrored Fades, allows you to adjust both the fade-in and fade-out simultaneously by holding down the alt/option key while adjusting a fade handle. You can also adjust only the duration or shape of a fade curve by holding down the shift key while dragging up-down (to adjust the curve shape) or left-right (to adjust the duration.)

We’ve all been there. The talent gives a PERFECT delivery of a crucial line of dialogue. Except they use the co-star’s real name instead of the character; except they accidentally say Saint Lou-EE instead of Saint Lou-IS; except they get a little mush-mouthed after a long day. And if it wasn’t caught on-set, it has to be re-recorded as ADR in the studio which has its own set of problems. Generally, just fixing that single word would save the day and allow everyone to go home a little early. With Smart Monitoring in the latest release of Audition, talent can now balance what they hear in the headphones to make sure they’re able to match the cadence, dialect, and performance of the original recording, while hearing themselves clearly speak the overdubs, making sure ADR is done in context of the original content and without distractions when their performance matters most.

Improvements to performance are always welcome, and we’ve tackled performance enhancements from two directions with this release. First, mixdowns and bounces are up to 400 percent faster than our previous release. It doesn’t matter whether you have dozens of effects, lots of tracks, or oodles of automation, the increased speed means you spend less time waiting. We’ve also made timeline scrolling faster, so when you’re playing back a session with lots of clips and tracks, you’ll enjoy a much smoother experience. And outside of performance, we’ve made centered-scrolling smarter, too. Now it doesn’t make a difference where your playhead is and how much timeline it needs to chew through before it starts to scroll, the timeline and playhead will simply move to the center of the view and being scrolling immediately. It’s a small change that makes playback feel much smarter.

On the theme of time, now editors can SEE time right in the video panel or on an external video display with new Timecode overlay support. Choose between session or media timecode, with preferences to adjust size, opacity, and position to your preferred visibility and settings. And we’ve shored up some of the less-intuitive functionality around our video output so that Audition remembers and restores video output via HDMI, DVI, or any other secondary display method when switching between apps or between launches. It’s a little improvement, but you’ll save time every launch.

While Audition has supported protocols like Eucon/Avid, Mackie MCU, and Presonus Faderport for using hardware control surfaces, most modern consoles support Mackie HUI as the shared platform of choice. With this release of Audition, our new Mackie HUI support means you can use a much wider variety of hardware mixers, controllers, interfaces, and timecode display units than ever before.

Audio editors love their plugins, and as we found out, video editors get pretty attached to their favorites, too. Earlier this year, we put some effort into sharing Audition’s award-winning (did I mention that we won RedShark News’ “Best Audio Product” of the IBC 2017 tradeshow?) set of audio plugins with Premiere Pro. This enabled us to share the Essential Sound panel in both applications, as well as transfer all effect plugins and automation losslessly and non-destructively when sending sequences from Premiere to Audition.

However, this also required deprecating Premiere’s old-in-the-tooth audio effects which were not High DPI aware and were no longer maintained.  While Audition offered several fantastic compressors (Dynamics Processing and Multiband Compressor being two of the most popular), we learned too late that many Premiere-based production houses loved the legacy of Dynamics effect. So we rebuilt a replacement effect using our modern DSP and UI, but offering the same simple controls and fantastic results.

What often doesn’t get noticed is the many “little” features and improvements we put in each release because they don’t have a glamorous name or didn’t derive out of an advanced research team. Instead, these often come from feature requests from customers and users and are specific solutions to real problems. To note a few small but helpful improvements, you can easily create time selections around selected clips without changing tools or losing your previous selection state with a new command Select Time around Selected Clips. And when using the 5.1 surround panner for your mixes, a small change to channel-specific positioning now ensures no bleed-through to other outputs giving a far more precise output.

From first cut to final credits, Adobe video and audio tools give you everything you need to bring your stories to life on film, TV, and the web. Access all Adobe professional video applications, as well as Photoshop, Illustrator, and many other creative tools with your Creative Cloud subscription. Download the latest versions or free trials today.

Take Your Skills to the Next Level

As a follow-up to his outstanding 7-week series on How to Make Great Videos, on October 27th Jason Levine will launch three, 3-week mini-series focused on the key ways to make your fabulous videos even better: Motion Graphics, Audio & Color. Join us live on Fridays at 9amPT on the Creative Cloud Facebook channel. These sessions will be available on-demand on both Facebook and YouTube.