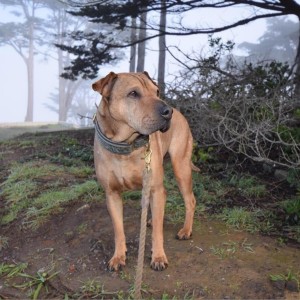 Karen Alsop, the founder of  Story Art, will be leading a session titled Story Art—Create Pictures that Tell Incredible Stories at Adobe MAX.

Her photographic and digitally-altered photographs are filled with anthropomorphized animals, peacefully surreal settings and a lack of physical and gravitational limitations. The portraits, part real-world representation and part imaginative adaptation are all possible because of the creativity, passion, and artistry of Karen Alsop, a Melbourne, Australia-based teacher/photographer/digital artist.

Composed of bits and pieces of photographs (oftentimes just lighting, an angle, or a fraction of an image), brushes she’s created in Photoshop, repeated visits to ideal locations, and stand-ins for subjects who aren’t available, every image has one thing in common: It begins with a story.

Growing up with an eye for photography

Karen’s grandfather was a photographer. Hers was a childhood filled with cameras, lighting, darkrooms, and developing an eye for the perfect photograph.

Although she tagged along beside him well into her teens, learning to use the camera he bought her, it wasn’t until she got to college that she decided where to place her focus: “When I was choosing what to study at university I knew I wanted to be a teacher but I also wanted to use my photography skills. When I left university in 2001 I began my teaching career; at the same time, I started a graphic design business.” Although Karen taught elementary and high school for seven years, teaching eventually took a backseat to photography when she got her first digital SLR, the Canon 300D, and began pursuing her childhood passion more aggressively.

The result was a wedding/portrait photography business that Karen ran with her husband. But, in 2011, after having their first child, they realized it was becoming increasingly difficult to shoot weddings almost every weekend. Karen began brainstorming ways to shift the focus of her business so she could have the flex time she wanted with her growing family. About that time she also began doing more styled portraits and taking more creative license with her photography.

Inspired by a painting

Then in 2014 Karen did her first composite. For a local pet groomer. Titled Bath Time it was a recreation of a painting by Frederick Morgan (His Turn Next) used in a Pears’ Soap ad campaign.

“I gathered props from antique stores, corralled dogs and kids in the studio, and locked down my tripod to get all the shots I needed. Then I spent about ten hours putting it all together to reflect the original. Even though I created a set for the photo, I still had to merge all these different shots. I always loved using Photoshop and had always tried to integrate it into my work but I had never really pursued it. Now I needed it.”

Although she’d built the entire set, that first exploration was enough to launch a new focus. Karen eventually created half a dozen more of these composites for shops in her area. When she began winning awards for her unique composites, it didn’t take long for people to begin recognizing her style.

By the middle of 2014 Karen had taken a leap of faith and given up weddings and portraits to launch Story Art with a focus on the digital compositions that had become her obsession. “It was something that I became extremely passionate about extremely quickly. It wasn’t long before I began playing around with taking a lot of different photos, creating my own backgrounds and shooting my subjects in the studio against a green screen so I could place them in my digital.”

The images are complex, multi-faceted and varied, with details that beguile, enchant, engage. For every one Karen begins with the background.

She shoots the backgrounds first because when she does… everything else seems to fall into place. “I spend a lot more time getting the background exactly as I envision it because then I can match everything (the lighting, the angles, the portraits) to that.”

But her artistry ultimately relies on her ability to listen to people and reinterpret their stories. Creative license gives rise to fantasy settings and improbable physical feats coupled with small bites of reality, but because they aren’t her stories, Karen is meticulous about getting the details right: “I’m telling someone else’s story. And trying to do it in a creative way. But it’s their story and I want that to shine through.”

It’s that sitting down and trying to work out what’s most important to the people involved that’s most exciting for her. “Reigning in the idea. It needs to make sense. It needs to click. I think through how I want it to look. When I can see the story, I know that finding a way to make it work will be the easy part.”

A challenge that spurred a social conscience

Karen had been doing composite work for two years when, in January 2016, she received a call from Jacqui Griffin who wanted a portrait of her five-year-old daughter Tahliyah—who is unable to walk, speak, or hold herself up—that showed her free of all her physical limitations. “She asked me if it was something I could do. And I knew it was. But as we continued talking I realized pretty quickly that it was something that she wouldn’t easily be able to afford.”

That conversation marked the beginning of The heART Project and a year-long partnership between Karen and The Sebastian Foundation. Tahliyah’s portraits (Free to Fly and Heart of A Lion) were the first in a series of portraits she would do with the organization run by Australian celebrities Guy and Jules Sebastian.

Since then, many times in collaboration with other photographers, she’s created magical portraits: for children stuck in hospitals during the holidays (The Christmas Wish); revealed, in collaboration with Jacqui Griffin, the nighttime escapades of a pint-sized wrestler (Aaron’s Story); and, with photographer Benjamin Von Wong, an adventure series (The Rescue, Tunnel of Life, Leap of Faith) for a quadriplegic mom and her son Hamish.

In late 2016 Adobe Australia became the new supporting partner for The HeART Project; project by  project and cost by cost, Adobe has been supporting it for the past six months.

Up next? Fifteen photographers, each shooting and compositing one of fifteen pages, to tell the story of two young girls who fought Leukemia and won. The visual fantasy is a picture storybook for other children in-and-out of hospitals battling the illness. Titled The Get Well Tree, the backgrounds from Adobe Stock will create a common thread, but every page will continue the story from a new perspective.

Karen never fully let go of teaching. And like all good teachers she’s committed to sharing the knowledge and techniques of her artform. “Because I love teaching, to be able, now to teach people about something I love and know so well is extremely fulfilling.”

Although she’s run workshops around the world, it’s her online community, a result of her education series, that’s brought her career full circle. For it she creates at least one tutorial a week on a skill, a technique (she shares her brushes and backgrounds and digital libraries), or some component of running a business. Her members can access them anytime from anywhere.

Karen will be sharing her work, her process, her inspiration this year at Adobe MAX in a session titled Story Art—Create Pictures that Tell Incredible Stories that she hopes will inspire people to use their creative skills in ways that will challenge and satisfy them. It’s a lofty goal for an hour-long session that offers barely enough time to walk people through her process but in the end, it’s a way to get people excited, energized and perhaps moving toward using their talents in ways they haven’t previously considered.