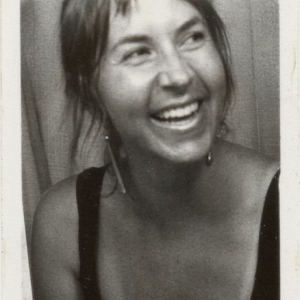 Ask Simon Waloszek a quickie question about his design practice, and the Dubai-based art director will weave a wide-ranging narrative that may include anything from early Nintendo games to extreme sports, from virtual egg breakfasts to Metallica. He’s from Poland, but has spent the last three years in the UAE: “One of the best places on the Earth. No kidding.” His enthusiasm for the creative process–with all its roller coaster-like ups and downs–translates to his work, which covers a diverse selection of clients and products. He shared with us what it’s like being a part of the ever-evolving digital world, and offered this quote to kick things off, which nicely sums up his offbeat approach:

Creativity is like washing a pig. It’s messy. It has no rules. No clear beginning, middle or end. It’s kind of a pain in the butt, and when you’re done, you’re not sure if the pig is really clean or even why you were washing a pig in the first place.

Imagine a kid—really young, maybe four- or five-years-old—with both parents working long hours. You know the drill: wake up; go to kindergarten; draw some random shapes; play with toy guns; and sleep half of the day, waiting to be picked up.

One afternoon, I was told my mom would be arriving a little later than usual.

Fortunately my best friend’s family brought me home with them to wait, and I was introduced to the singular thing that changed my perspective of what technology can do, and be: The Super Mario Bros and a legendary Pegasus.

From then on, I always ended my busy kindergarten schedule with a short game at their house (and a browse through their fridge). Forever brothers: Luigi, Mario and me. My passion for understanding the colors, design, and technological back-end grew as I did, thanks to those little pixels which desperately wanted to rescue their little princess.

I was raised in the digital era, with all the accompanying tv and video games that have pushed the limits of what our imaginations can come up with, and what kind of tech the world can develop. And I’ve loved being a part of it.

Today, I’m 30 years old, and have spent 14 of those as an advertising professional; currently, I live and work in sunny and beautiful Dubai with the most creative and fun team I had ever been part of. I’m mostly an art director—“mostly,” because I’m constantly surrounded by different conceptualizations, executions, customers, aesthetics, and products, physical, digital, and virtual—that are always changing. I try to make a bridge between them, so that someone might not even know they bought something because of an ad.

“The consumer isn’t a moron, she is your wife.” These words by everyone-knows-who [David Ogilvy] are my main motivation in creating something to change the general aesthetics of our world; to make it look better, and to make people think between their daily lattes and rush hours.

I’ve actually never been a fan of sketching; creating stick-it notes and covering walls with them; paper mockups; or visualising anything outside the monitor screen; I’m one of those guys who starts the whole process directly on the computer. (I know millions of creative directors might laugh just by reading that, but I feel like there’s some magic in seeing the work directly as-it-is, projected through the pixels.)

Lately I’ve been using Adobe Fuse and Project Felix, and I’m so impressed of how this software can be adapted on so many levels through the process entire design process, putting complicated three-dimensional mechanics into extremely easy and clear programs. Elements from After Effects or InDesign can also be used to enhance the vision. In the end we all have to remember that all of these are tools. What we do with them is our choice; but since we have them all, why not try playing with them?

Let’s look at a few of your projects. What was your process like creating Dakar Rally Revamp, a total branded overhaul of the off-road endurance race, including Oculus Rift compatibility?

I’ve always loved extreme sports, and have actually done most of them: from skydiving to snowboarding, downhill biking to professional paintball. The most brutal rally of all the time—Dakar— is the definition of extreme sport. You can’t imagine how tough people driving these cars, trucks, quads and motorbikes are; they spend so much time alone, fighting nature, giving 200 percent. Every. Single. Day. This is my tribute to them.

I wanted to create awareness and excitement with something to help the viewer understand that if they’re looking for an ultimate adrenaline rush: This is it. I wanted to make them feel as much as possible that they’re there, surrounded, dependent only on themselves. How would you feel about putting on a VR headset and spending a whole day behind the wheel—in 50ºC heat in the middle of nowhere—through a driver’s eyes? Would you understand how these guys do it? Would you explore more about the history of this magnificent event? Would you participate in the future?

Adobe XD made the workflow so easy that it should be a sin to talk about it. I could never imagined five or ten years ago that something like this program would appear.

I assume that in the near future we will be more influenced by neural technology; apps will actually play with our emotions, help us when we are sad, etc. The UX/UI designer will be the content creator– the god of human needs–so the experience will have to be really engaging and true to people who are being bombarded by millions ads in a month.

In this way, the most challenging part in working in the digital world is the constant change. Something that was innovative yesterday is obsolete by tomorrow, so we have to predict the trends, the market, and the consumer, then figure out what would attract them to our product. It is a hell of a ride, but hey–it’s also the most fun aspect of all this work. You never know what is going to appear in the world tomorrow–maybe a VR home assistant will automatically make you scrambled eggs through an app next month, maybe not–but this excitement is what makes us to push our limits.

That being said, when most people get briefed on something–especially a digital project–they sit down together and cheer: ‘Let’s make something exciting!’ Then somehow, step by step, day by day, it becomes… not exciting at all. I don’t know how, and I’ve never fully understood it, but it’s always sad to look at all these ideas being flushed down the drain, never to come back; good ideas powered by passion and heart. If you ever want to find a great campaign concept, look in the trash bin of the most tired person in the office.

There are no bits of wisdom. It takes dedication, hard work, long nights, fights with spouses, lots and lots of caffeine and then eventually you start seeing the light at the end of the tunnel. When I started there were no tools like today; I think that if you want to begin your adventure, this is the best time. The digital world is open like never before, and the software you can use to create your own experiences is very friendly. Maybe you will be the new guy-or-gal-who-creates-something-more-popular-than-Facebook? Who knows. Try it.

I really like the minimalist style of Nicholas Feltron and I’m absolutely in love with Alexander Laguta‘s projects. Check them both out. Inspiring stuff.

I usually listen to some calm, gentle music such as Slayer, Witchmaster, Mayhem, Venom, and old Metallica.

Taneem Sankari is an amazing Dubai-based artist with an unique style whose paintings are sought-after all around Europe. Paurav Shah is one of the best writers I know, and a world traveler; and I’d also recommend checking out @36daysoftype. And @megmacdiary–my fiancee–is my motor. She is traveling around the world and has a really inspiring photography style. Check her out–this what Emirates Cabin Crew life looks like.