The Past, Present, and Future of AI in the Enterprise

Image source: Adobe Stock / Chombosan.
The Past, Present, and Future of AI in the Enterprise 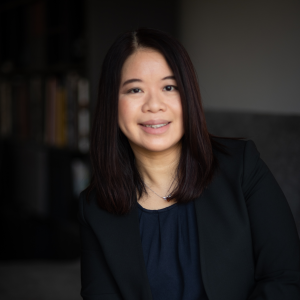 How will artificial intelligence change the way we live our lives? What will be the most critical skills in the future of work? Are we prepared for the challenges and opportunities presented by AI within our society?

These were just some of the questions pondered by our panel during the recent Adobe AI Think Tank. While we might have different views when it comes to the definition of AI and how best to respond to the opportunities, one thing our panel could agree on is that the combination of human and machines is more powerful than either alone.

The golden age of AI

Despite the excitement around AI in the last few years, artificial intelligence is hardly something new. It dates back to mid-1900s when Alan Turing published his groundbreaking paper called “Computing Machinery and Intelligence.” John McCarthy coined the term “artificial intelligence” in 1956 at the Dartmouth Conference, the first conference devoted to super computation intelligence. This kicked off decades-long quest for artificial intelligence, and we have since gone through cycles of booms and busts, filled with promises and disappointments.

Expectations in the promise of AI have run high in the past few years, and for good reason. Much progress has been made, with success largely attributed to significant advances in computation power and scale, availability of vast amount of data, along with sophisticated algorithms and AI techniques.

If data is the new oil and AI is the engine powered by data, this mighty machine is only getting more powerful by the day, fueled by massive data streams: IDC estimates that we will be generating 44 zettabytes of data by 2020. While we don’t lack data, we might lack useful data and the imagination to do something useful with it. In many corporations, data is often sitting in siloes with systems that do not talk to each other – much effort is required to clean, correlate, and analyze the data and to transform it into critical input for our algorithms and analytical engines. Only until then will we be able to harness meaningful insights from it.

Despite the challenges and uncertainty, U.S. companies at the digital forefront, including Google, Amazon, Facebook, Apple, and Microsoft, along with Chinese tech giants Baidu, Alibaba, and Tencent are betting vast amounts of money on AI. Private sectors have also been investing heavily: according to CB insights, total AI funding in 2017 reached US$15.2 billion, representing 144 percent increase from year prior.

As consumers, we have been living alongside with AI for a while now – including Netflix and Amazon’s recommendation engines, navigation applications, smart home appliances, and virtual assistants such as Siri and Alexa. In ultra-aged countries such as Japan, personal robots stand to become more prevalent as helpers of the future.

From an enterprise perspective, while the application of AI has primarily been focused on improving operational efficiency and reducing cost, through automation of process flows for example, we also see opportunities in leveraging the technology to augment the workforce. Applications that analyze voice patterns in real time can determine the mood of the customer during calls and help agents adjust their scripts accordingly. AI can also be used to sort through vast knowledge base and help agents resolve customer issues in more timely manner.

Despite the promise of the technology, many organizations are hesitant to invest and adopt it. According to a 2017 report published by McKinsey Global Institute, only one in five AI-aware C-level executives are using AI-related technology at scale or in a core part of their businesses. Many say they are uncertain of the business case or return on investment.

To be fair, regardless of which industry vertical your business belongs to, deploying AI projects in the enterprise is not an easy undertaking. As with digital transformation projects, success in AI adoption requires buy-in by the C-suite in order to generate the momentum needed for change. Here are some pointers from our panel on the most crucial ingredients to get started:

Establish the talent strategy and culture:

While many roads lead to Rome, the most critical ingredient for success will be those that focus on customer centricity. Regardless of who your end customer is, enterprises who put these stakeholders at the center of their innovation will be the ones who can prevail in this new era. We must actively seek new opportunities to delight our customers, deploy assets to better understand what their needs and wants are, and leverage data to inform optimal decision-making process instead of blindly chasing new shiny objects.

The future of AI

AI holds vast promises in growing revenue and market share and reducing cost for enterprises, through improved forecasting, more effective sales and marketing strategies, enhanced user experience, and process optimization and automation. Early adopters have much to gain from such competitive advantages. But while machines may replace mundane repetitive tasks, technology is merely a means to an end. The true power of AI lies in the ability to harness emotional intelligence and creativity – the very elements that make us human. Rather than a world controlled by machines, we see augmented intelligence as the future of AI in the enterprise, where humans retain advantage by combining our quest for knowledge with the power of algorithms, where trust and relationships are valued, where we become better versions of ourselves. We envision a future where ethical AI, deployed to improve the well-being of humanity, becomes tightly woven as part of our society at large.

As Garry Kasparov wrote in an article on the Wall Street Journal: “For the first time, machines aren’t just giving us answers more quickly and accurately. They are generating new knowledge that helps us better understand the world.”

Question is, are you ready for the revolution?

Topics in this article
Events Industries Think Tank by Adobe