Trick or Treat? A Look At Dark UX and Its Implications on Users

Trick or Treat? A Look At Dark UX and Its Implications on Users 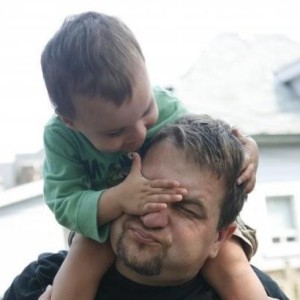 There’s good UX and then there’s dark UX or anti-patterns. Far from true user-centered design principles, Dark UX or anti-patterns are used in digital products to make users sign-up and buy something unknowingly or to get a users’ personal information through trickery or misdirection. Using anti-patterns may have some initial benefits for creators and companies, however, the long-term effect is that these practices create a cloud of mistrust. Users will scrutinize pages and question their decisions, leading to fewer conversions. Some dark patterns, unlike their name, can be bright and downright obnoxious.

Dark patterns leverage cognitive science in order to play out the deception. These can include using similar identifiable UI elements from well-known sites, using confusing labels or attention-grabbing links, and they can take advantage of user habits using emotive content. Some sites using dark UI will provide users with options or additional upselling that can prey on a users’ indecisiveness, insecurity, or forgetfulness.

Recently, my parents encountered a problem with their computer and while trying to fix their simple tech issue through a series of prompts, they landed on a page that looked like the anti-virus software they were running. Somewhere between looking for a solution and solving the computer problem, my parents had signed up for enterprise-level support and their credit card was charged a $750 a month subscription. Luckily, after spending several hours on the phone with the company and their bank, the charges were reversed. However, my parents are now hesitant when doing any kind of transaction on the web.

How did this happen? It happened through redirection and misdirection that all started with a simple button labeled Support versus the proper link for tech support which was further down the page.

Similar to forced continuity is negative option billing cycles, where the user is charged for the highest bundle or service level automatically and is required to choose a less expensive level of service. This can take the form of shopping carts that choose the most expensive means of delivering a package even though the order qualifies for free shipping.

The roach motel dark pattern is one that is used to put the user into a situation that they cannot get out of easily. A common roach motel approach is to sneak something into the user’s online shopping cart at checkout. Additional inclusions in the shopping cart can be a paid subscription to an additional service or upsell. The only way to not pay for the additions is to opt out during checkout. Opt-outs will use tricky or confusing wording to add cognitive fog to the decision-making process. More often than not, users do not realize that they have purchased or authorized extras until the transaction is completed.

Once the user has entered the roach motel situation, opting out and unsubscribing becomes difficult. Again, subscriptions can only be canceled within a short period of time before the next renewal date. Some services will not let a user delete or alter their credit card information or the financial information is not part of their online profile.

Another example is opting out of newsletters. Do not make the process convoluted or require a website login. Allow the user to make a choice and not have to guess their email with obfuscation, “Remove a********@g*******.com”, keep it simple.

Dark Patterns Don’t Pay Off in the Long Term

Dark patterns have emerged as a way to increase conversions in the short term but can have long-term effects on customer satisfaction and trust. Dark patterns become a numbers game rather than a means of establishing a long-term relationship with one’s user base. Don’t make users feel like they have been taken advantage of or fooled. Using usability heuristics can help guide proper design decisions and positive UX patterns for your users.